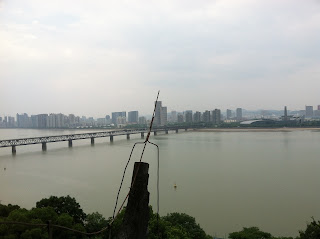 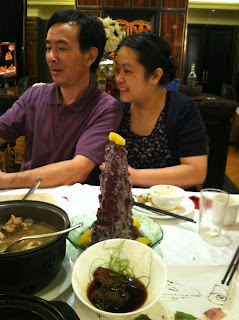 We made it! It took us from 7 am EST till 7 pm time zone to reach our final destination. That’s about 36 hours traveling. We are in a city called . It's three hours from . Shou met us at the air port. We took a bus together for three hours to . We slept on the plane, but when we got on the bus at 4pm, we were dead tired and fell asleep the whole way. I tried to look at the amazing view but my eyes were burning. Tony took a lot of pictures. We definitely were not in anymore. The trees were like from crouching tiger hidden dragon. Some kind of trees. The buildings all had Spanish like tile, but the ends and corners turn up. 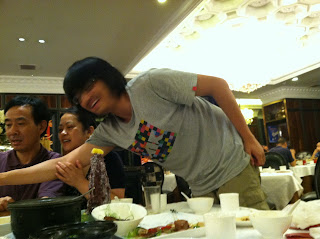 When we got to , it was amazing. Such a huge city. Looked a lot like big cities in US, but lots of differences. First there was a lane dedicated for bikes and scooters. Most signs are in Chinese. And the traffic was more daring. I saw cars dart in and out of traffic. Seemed that the lights don't mean a lot. The bus had at least three or four near misses with cars darting in front of it. When Shou's dad picked us up in his Audi he drove in and out and I decided not to look. There's lots of little shops just like NYC. Very cute clothes shops! I am looking forward to visiting some. His mom and dad took us to a very fancy restaurant but Shou said it was not expensive. The food was wonderful and we had many dishes. We talked about all the traveling we had done. Shou's mom has been to all of and many other places. His mom works for the local government helping the disabled of find jobs. 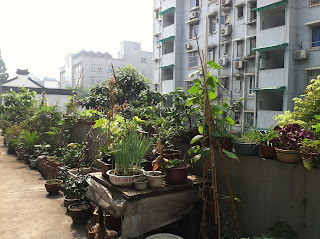 Neither of his parents speak English so Shou had to translate. It was really nice. Both if his partners are very joyful and it was a very upbeat dinner. I spoke in Chinese as much a possible. Shou was very impressed and his parents also seemed to appreciate my trying even if I was butchering it. 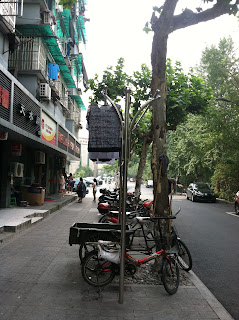 More on . There are lots of trees everywhere in . It’s a beautiful city. Tony and I walked by ourselves from the train station to Shou’s apartment on our own one night and felt very safe. We saw lots of old lady’s out walking by them. Small shop owners have “cash drawers” that sit out on a table.

There’s several night markets. These are tables full of costume jewelry, shoes, some clothes, replica antiques, cell phone covers, purses, and other accessories. They shut down a street block and set up tables on both sides and two in the middle giving two thin isles where customers can walk. The small isle is packed with people. You see something you like, you stop and haggle over the price. I didn’t have a lot of success there with negotiation. I bought a necklace for 50 yuan. I also got a custom seal made and a necklace custom carved. It was 75 Yuan for the seal and 40 for the pendant carved. The seal says, “Friend Shou” in honor of my friend’s and his family. The necklace just says “Friend.” 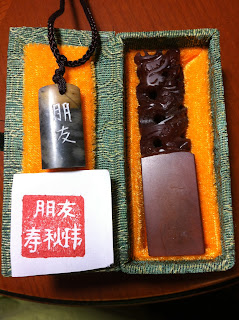 Shou and his high school friends who spoke English took Tony and I took a museum along . The museum was full of tea pots.

is a beautiful place. We spent a lot of time. There was dancing there at least on the Saturday and Sundays nights. I danced there twice and it was really fun. The people I danced with spoke no English and I knew only a few things in Chinese, but dancing is dancing and we did just fine. There was a water and light show with music. There were so many people gathered by the lake at night to see the light show. There were plenty of bathrooms and stores to buy water.


We also visited a pegoda called The Six Harmonies which was along West Lake. Heres some photos from there. 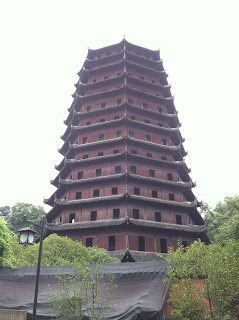 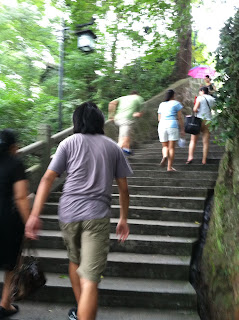 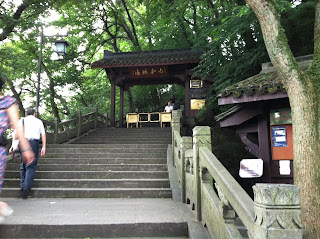 Heres some more of the pictures from Hangzhou: 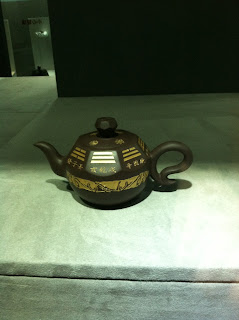 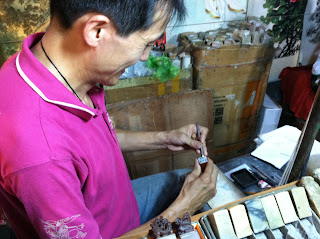 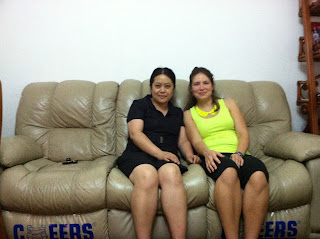 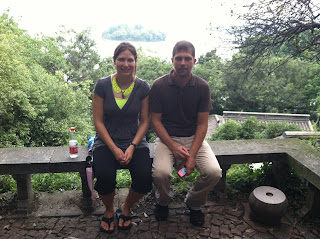 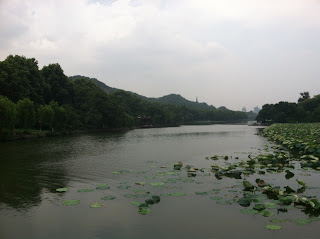 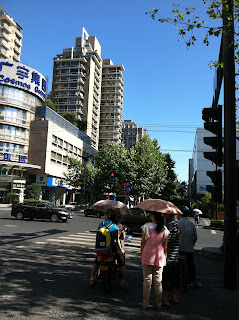 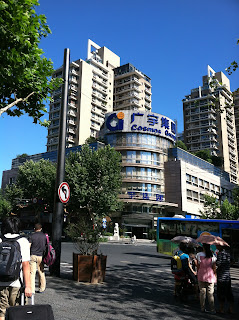 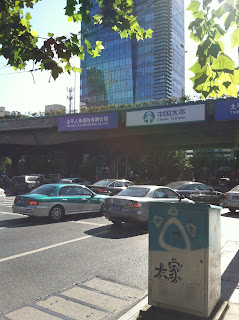 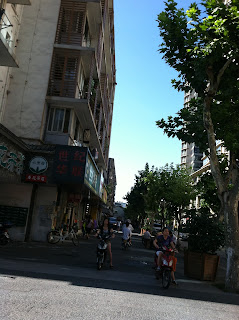 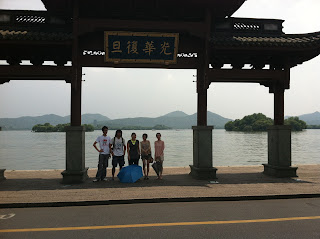 The sky's over Hangzhou were blue on the last few days we were there. It's a rarity with the number of cars on the roads. They are working on a subway that I hope helps. The driving in this city is crazy. I used to think the driving in Tampa or Miami or even in NYC, but I was wrong. Everyone squeezes in lanes I didnt think existed. They cut eachother off like their lives depended on it.

1. West lake is beautiful with a water show set to popular music, lit up pegotas,

2. It's a huge city on both sides of the river

3. It has lots of great shopping!' I got a bunch of cute tops and bottoms for five bucks or less. Some times as low as 50 cents!! We will see how long they last though.

4. Lots of free parks and museums

5. Dancing every night including tango!!! Great dancers!! It's along West Lake. It goes till 10 pm


7. Mainly it's a tourist town so there's lots of people from other citys

8. It's close to important attractions. It's 2 hrs away from a 2k year old city. 45 mins away from Shanghai by bullet train.

9. Theres so much beauty here. So many trees

10. There's a night market where you can get a custom seal carved for you for $12.


Things I learned about Hangzhou:
1. The housing is very expensive
2. There are very few sit down toilets and you need to bring your own toilet paper and soap if your into using those types of things when going to the toilet.
3. The massages are $17.
4. The sky is rarely blue
5. The sun will burn you in a few minutes do all the woman carry umbrellas.
6. The beer is very weak and served in large bottles. Very few Chinese can process alcohol so they can't drink much.
Posted by StartupCTO at 3:21 PM