Xi An is also the home of the Terracotta warriors. These are thousands of clay life sized solders who were part of a grave of a emporor.
According to Wikipedia:


The Terracotta Army or the "Terra Cotta Warriors and Horses", is a collection of terracotta sculptures depicting the armies of Qin Shi Huang, the first Emperor of China. It is a form of funerary art buried with the emperor in 210–209 BC and whose purpose was to protect the emperor in his afterlife, and to make sure that he had people to rule over.
The figures, dating from 3rd century BC, were discovered in 1974 by some local farmers in Lintong District, Xi'an, Shaanxi province.
The figures vary in height according to their roles, with the tallest being the generals. The figures include warriors, chariots and horses. Current estimates are that in the three pits containing the Terracotta Army there were over 8,000 soldiers, 130 chariots with 520 horses and 150 cavalry horses, the majority of which are still buried in the pits near by Qin Shi Huang's mausoleum.[1] Other terracotta non-military figures were also found in other pits and they include officials, acrobats, strongmen and musicians.


We took a taxi to the location because the bus was too expensive and too slow.  There were lots of foreigners there. They built the museum right over the dig site. There wasn't AC in the building with all the warriors. We were dripping sweat. 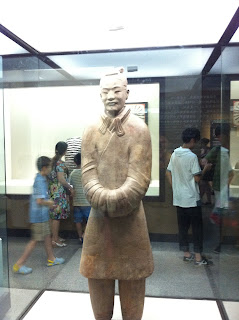 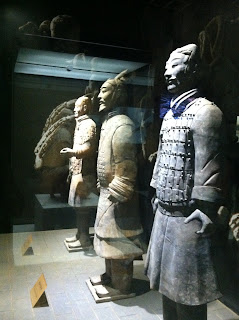 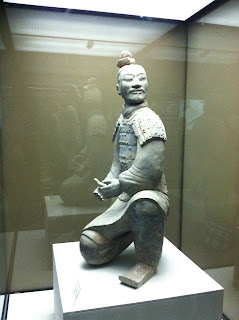 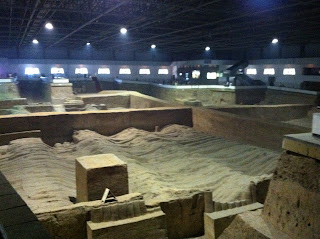 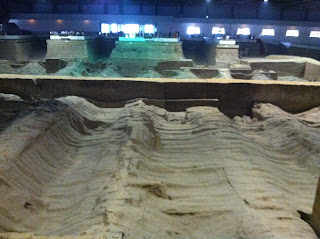 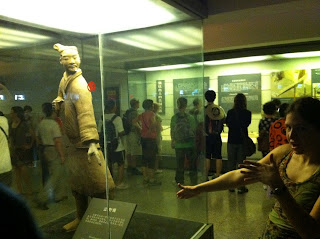 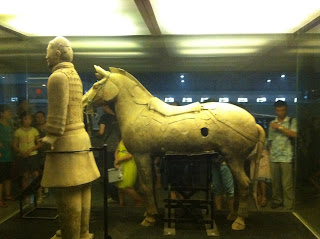 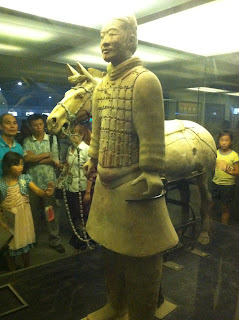 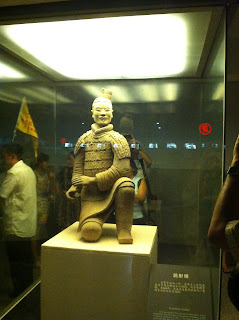 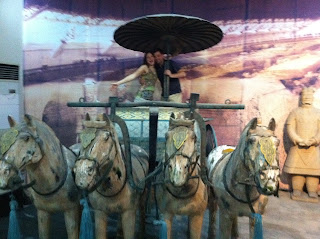 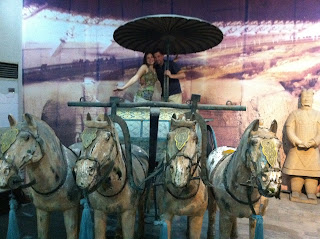 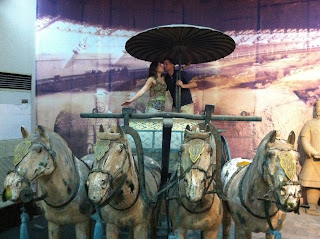 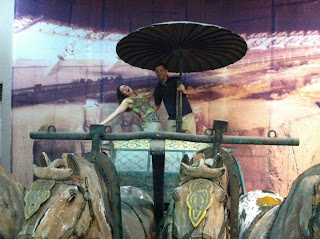 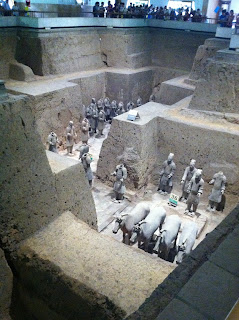 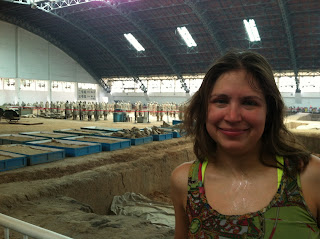 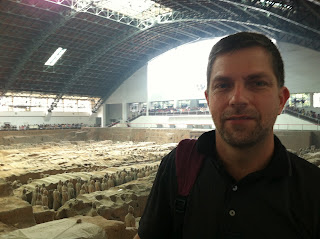 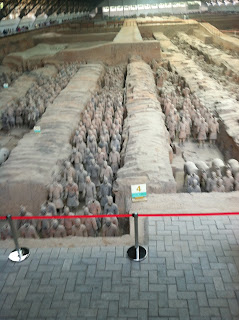 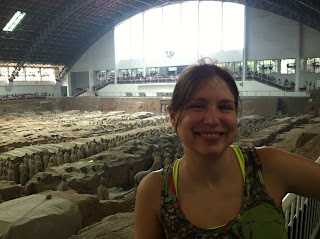 Posted by StartupCTO at 8:52 PM